If Only the South Had Won the War-wa

This is a story about Southern football at its finest. Tuesday before the first Clemson game, I did like every other Southern football mother/ wife and went to the grocery store to prepare for Clemson tailgating. I even Googled “tailgating foods”. “Get with it, Jane.” I told myself. “Your children are at Clemson now and you have to do the football, hotter-that-hell-temperature, cook junk food that will clog your arteries, etc. thing and pretend it is fun.”

To honor the forefathers of the Herlong clan we arrived a full four hours before kickoff. Our wonderful host and hostess had not even arrived at the tailgating site.

There was a delightful breeze blowing from the left that was short lived. A “church bus” without church people pulled into the parking spot next to us stopping any hint of air. Glancing to my immediate right was a cooker unlike any other. It was the size of a casket complete with two stovepipes that made our temperature rise another 30 degrees. Our female-hostess had her back to the massive, casket cooker. The first time the lid of the cooker was raised, she fanned herself and said, “I can’t believe I did not take my estrogen.” I said, “You are not having a hot flash we are having a heat wave from that cooker.” Glancing over I heard a sentence that would be repeated at least a ka-zillion times in four hours. “Ya’ll git youself a free chicken wing,” I did a double take and said, “That man talking looks just like Danny Ford.” “That is Danny Ford,” replied Thomas. “He is selling cookers.”

For those of you who so not know who Danny Ford is, he won the National Championship in football for Clemson University in 1981. He is Clemson royalty and a year or two away from being a god.

What is a person to do who is hot and misting away (Momma always said to say the word “mist” instead of “sweat”) her number three, Neutrogena spray-on tan? At first I watched all the cute, size 0, freshmen girls walk by in orange sundresses that were size B (Barbie) wearing stiletto heels. When that wore off, I entertained myself by listening to men ask Danny Ford stupid questions. My favorite was, “Hey Coach Ford. You ‘member when I was pumping ga-ass in 1985 at the fillin’ station and you said, I like your ride?”

Son, Holmes made life interesting my saying every two minutes, “Momma. I am hot.” Caroline made her daddy angry by making a cameo appearance ten minutes before kickoff.”

In sharing this story with our local philosopher, Jeff, his comment was, “Your experience is another example of the South suffering for losing the War. The Yankees who live in the cooler parts of the country, have a leaf or two turn slightly yellow-ish and decide it is time to play football. So they put on their jackets and the NCAA starts the season.“ Jeff then continued, “If the South had won the War, football would begin in October and the Bowl Games would be around Easter. This would suit the South to a tee….no play on words.” It all made sense to me.

Philosopher Jeff is a computer guru who enjoys pontificating. Jeff could have been a Mirco-softy but that would never work since he does not have Asperger’s syndrome like the other Microsoft people. Also, living in Seattle just ain’t the South. After work or maybe before work but probably during work, Jeff sits in the CAVE (his unique habitat) and ponders life’s questions with adult beverages and lots of non-pontificating friends.

After hearing Jeff’s philosophy, I have taken his theory to the next level.
Since our boys play in horribly hot temperatures, they can outplay the Iowa farm boys when the National Championship games are played in January in the South. The War-winners/Snowbirds cannot wait to take their yearly pilgrimages on the I-95 death corridor to the sunny South. This is why bowl games are played in the South and the Southern teams are winning National titles. Our Southern boys can take the heat.

This weekend is another Clemson extravaganza. Hopefully the temperature will be cooler and Danny Ford will be speaking somewhere and not selling casket sized cookers. If not, I will have to contact Jeff so he can help me make sense out of the senseless….. Southern summer tailgating. 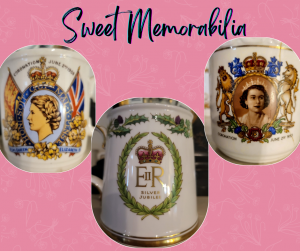