Mother’s Day is rapidly approaching and one thing I miss about my mother was her gift of encouragement. After my mother died I have said many times that a mother is the last person who will defend you regardless of your circumstances. I have jokingly said if I called her and told her that I had murdered someone her response would be, “Well, Honey, I am sure you had a good reason. Would you like to go to lunch?” My mother was very funny, too. Enjoy this Mother’s Day Tribute story about my mother’s sense of humor and her encouragement from my book,“Bury Me with My Pearls.”

I was the newly crowned Miss Charleston and had just won my first festival title as “Queen of the Carolina Sea Islands.”  I was so excited since this was my first official parade. Momma and Miss Ada Rast transported me to the Branchville “Railroad Days” festival parade in our new big yellow Buick with the white hard top. We arrived in plenty of time, but my float never showed up. To compensate for the absence of the float, the Branchville people made two signs on white poster paper with magic markers. They were the tackiest things I had ever seen, but those pathetic signs were nothing compared to what happened next.

“Jane doesn’t care about riding on a float. She is very down-to-earth. I’ll drive her in the parade,” said Momma. “Jane,” she directed, “Get on the hood of the car and act queenly. I thought I would die of embarrassment. Ride on the hood of the big yellow Buick with posters taped to the sides? As I climbed onto that hood, it never occurred to me that my mother had never driven in a parade. Neither had I ever ridden on the hood of a moving car. After the second block, my bottom was cooking like a rump roast in an oven set at 300 degrees. That car hood was hot! Then my mother slammed on the brakes to speak to someone she knew and I slid off the hood. All I could think of is “Jane is very down-to-earth” since I was literally on the ground.

I climbed back on the hood and said, “Momma, you are way behind the car in front!” She gave it the gas. My body was plastered across the windshield. All I could think of was Momma’s instructions, “Jane, act queenly.”

That sort of thing happens to all of us. We just don’t want to act queenly. We want to have a hissy fit or throw-down—something as inappropriate as slapping a Wal-Mart Greeter . . . “We raised you to act right, so do it,” Momma told me many times.

I’ve said it to my children. It’s wise advice—whether you’re riding in parade on the hood of a big yellow Buick or just walking down the aisle at the grocery store.

Be an encourager with a great sense of humor, too. Pass it on! 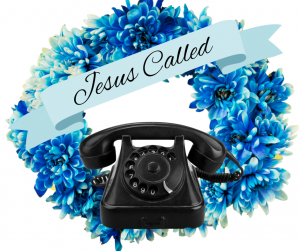 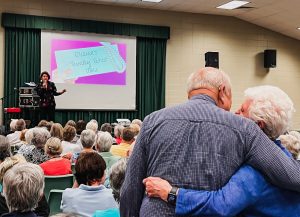 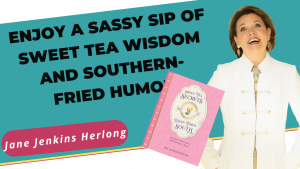 Take the Sweetest of My Sweet Tea Book Tour 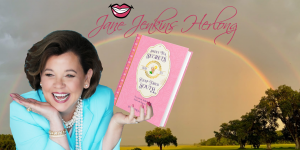