The Best Way to Shag is With Lots of Laughter 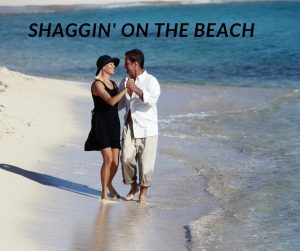 My sweet daughter, Caroline, was so excited to be a Youth Leader for the National Speakers Association Convention. She had been a conference attendee in the past and was asked to lead a group that included youth from England. She was so honored to be in charge of these young people from another country, but, bless her, she had no idea of the cultural difference until she decided to talk about our official South Carolina state dance, The Shag. Now, if you are from England, the word SHAG has a whole difference meaning. And it’s not something you would do in public….

“I told the kids that I wanted to teach them how to shag,” Caroline innocently said. “It was weird. They just stared at me in disbelieve. Then one of the kids from Britain asked, ‘You want us to do what?’”

“Let’s Shag,” Caroline repeated with great enthusiasm as she began to shuffle her feet and toss her arms in true SC shag style.

“Mom,” Caroline said, “They just froze. I couldn’t tell if they were amazed at my dance skills or just being shy.”

Trying to get them excited about shagging, Caroline continued. “Oh, come on; it’s fun! In South Carolina, we shag all the time. In fact, my daddy taught me how to do it.”

Disbelief turned into a mortified look on their faces, followed by a growing under current of laughter. One thirteen-year-old boy quipped, “I’d like to teach you how we Shag in Britain.”

“Oh, Mom, when I remembered Austin Powers movies, I was mortified!”

Caroline continued, “Laughter broke the silence and repaired the chagrin as we said, in unison, ‘Yeah, Baby!’”

She learned an important life lesson: the first person you must be be able to laugh at is yourself.

Share this story with those who may need at good laugh. Experience the health benefits of laughing at yourself. Maybe you, too, will learn how to SHAG ~ the South Carolina way!